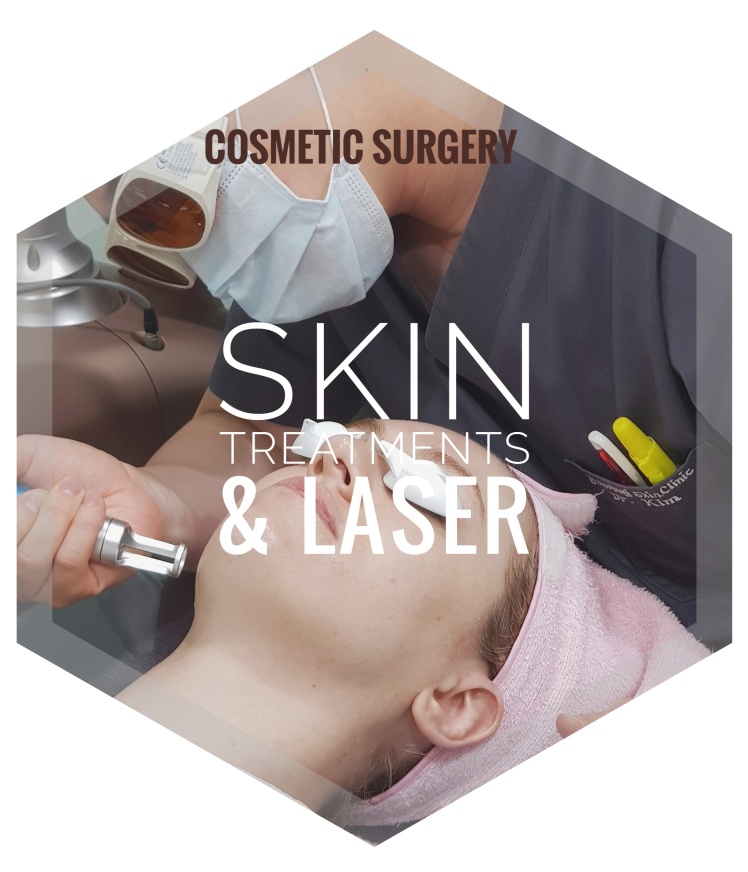 So many fabulous things have happened this year, one of them being the Seoul Blogger Brunch 2017  this past summer which I had the pleasure of co-hosted. It was a great event and I also happen to win one of the grand prizes which was a treatment of my choice through Seoul Cosmetic Surgery  (a concierge medical tourism agency   specially curated to foreign clients) and Banobagi (one of the top plastic surgery clinics in Seoul ).

Mona Hanson and her partner Dean of Seoul Cosmetic Surgery were a great team that helped me to fully understand all the procedures. Their service as guides and the medians of the whole experience were invaluable. I highly recommend this type of concierge service if you’re either a foreigner who isn’t fluent in Korean or coming from abroad to Korea for cosmetic procedures.

Banobagi is also one of the clinics accredited for helping bring K beauty and Korean aesthetics to the main stream in America as one of the featured clinics through the popular Let Me In series.

First I went in to have my consultation with Dr. Kim Daehyeon who seemed both knowledgeable and personable.  Dr. Kim was incredibly helpful and had great suggestions for me so I felt really comfortable with him performing the treatments.

Upon my first visit to Banobagi Clinic,  photos were taken of my face from several different angles.  When first meeting Dr. Kim, he took some time to study both the photos and listen to what I had to say. Some of my concerns for my skin included sun damage, large pores around my nose, and several moles and larger dark freckles on my face and neck.  After careful examination he concluded that a regimen of both toning lasers as well as Fraxel laser and strategically placed facial fillers would be the best course of action. A  total of 10 sessions were planned and I was eager to get started.

During each session(3 so far) we start off with a soothing cleanse of the skin to prep for laser.  It’s really quite lovely, lying down on a comfy little bed that’s heated from below while an esthetician works to cleanse and use a deep steaming machine. Then a Vital Whitening Treatment is given using a machine that amplifies the vitamins through ionization. It’s quite an interesting little experience because the ion treatment helps your skin more readily absorb the vitamins and ingredients in the serum. I was given a small handle with a damp sponge wrapped around it to hold while the esthetician rubbed a small rod over and around my face for a few minutes.

Next came the numbing cream applied all over my face where any laser was to be used and then wrapped with cellophane. This step takes around 20 minutes for the cream to take effect while I just relaxed and almost fell asleep, I was so comfortable.

Following the numbing cream, came the Helios III laser for overall toning of the skin through improvement of melasma, blemishes, and pigment. Protective goggles were placed over my eyes and there was no pain at all with this particular laser.

Then I was taken to the next room for work with the Erbium and Co2 laser, both of which were used for mole removal. Neither of these lasers hurt at all but they did produce a faint smokey smell from removing spots.

Next came an Ion Enzyme Treatment for whitening and moisturizing. The serum was applied over my face then netting laid over it. Using the Prism TM machine, electrodes where then attached to the netting while I again held a handle with damp sponge.  This was pretty funny looking but didn’t hurt at all in fact I couldn’t feel anything. I’m told this is to further amplify the effectiveness in brightening the skin. Certainly made for a cool photo op!

Finally, a cooling rubber mask was spread onto my face that felt fabulous! The ingredients of this were ultra soothing to any irritated spots and the cool temperatures helped with any kind of swelling. Probably my favorite part of this first session!

After the cooling mask, I spent a few minutes underneath a Biolight Machine for  Skin Rejuvenation Therapy.  To finish up, the esthetician applied small hydrocolloidal bandages to protect and help heal the small wounds from mole removal. Lastly, moisturizer and sunscreen was applied so I’d be ready to go out for the day.

The following week I had my 2nd treatment  which was almost exactly the same except for an added Fraxel laser treatment using the Sellas Laser Machine. This laser was used to tighten large pores on my nose and to improve old scars on my forehead and around chin(from acne and childhood accidents).This laser was slightly painful but nothing too intense. The pain was similar to someone popping a rubber band on your bare skin.  The marks left by this laser were similar to a grid and the areas treated were slightly swollen and red. It wasn’t pleasant but it was quick and definitley worth the mild discomfort to have those scars/large pores diminished. 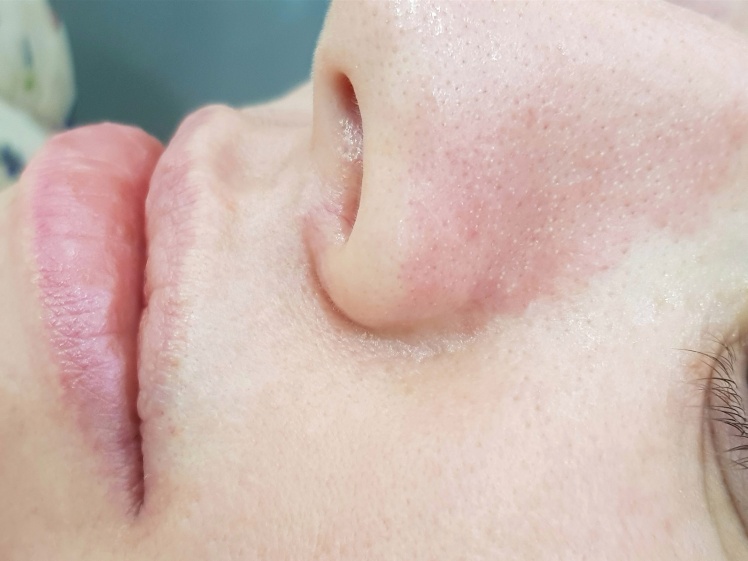 Treatments of the same continued but for this  third session, no mole removal or fraxel was necessary. 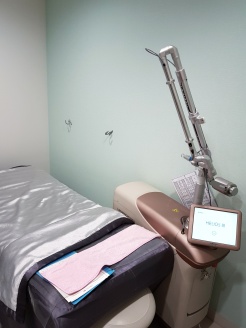 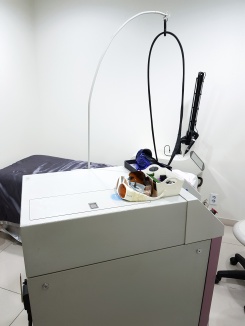 With several more treatments to go, I’ll be updating on the process and documenting gradual changes and improvements in my skin’s condition.

If you’re interested in anything from skin treatments to laser or cosmetic surgery, I definitely recommend Seoul Cosmetic Surgery. A foreigner owned agency for a foreigner friendly experience.